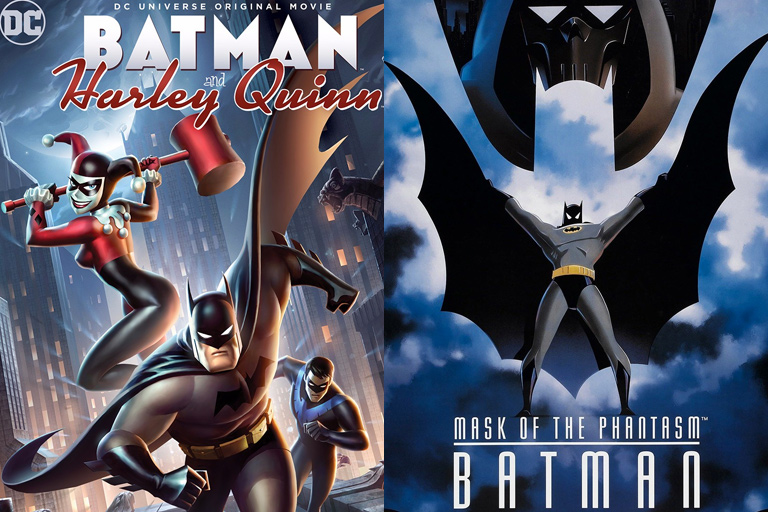 How do you cope when all your friends ditch you for BOLA? If you’re Tim and Greig, you pick up the animated classic Batman: Mask of the Phantasm and, just for the heck of it, the all-new Batman and Harley Quinn. It’s Batdads: The Animated Podcast.

Phantasm recently got a long overdue blu-ray release, but does the 1993 cult favorite hold up to masterpieces like the Dark Knight Trilogy? With raw emotion, tragic characters and FRIEND OF THE SHOW Mark Hamill, you better believe it does.

Batman and Harley Quinn tries to, um, shake up the venerable animated series with a wallop of cartoon sexy times, adult humor and Easter eggs throughout. We pretty much enjoyed the ride — as long as Harley wasn’t farting in the car.

We also learn the surprising connection between Harley Quinn and Blondie’s Debbie Harry.

Also in this episode, Greig tells us about the birds and the bees (and the yams) of Swamp Thing, and Tim reveals how much he loves the worst episode of Batman: The Animated Series.