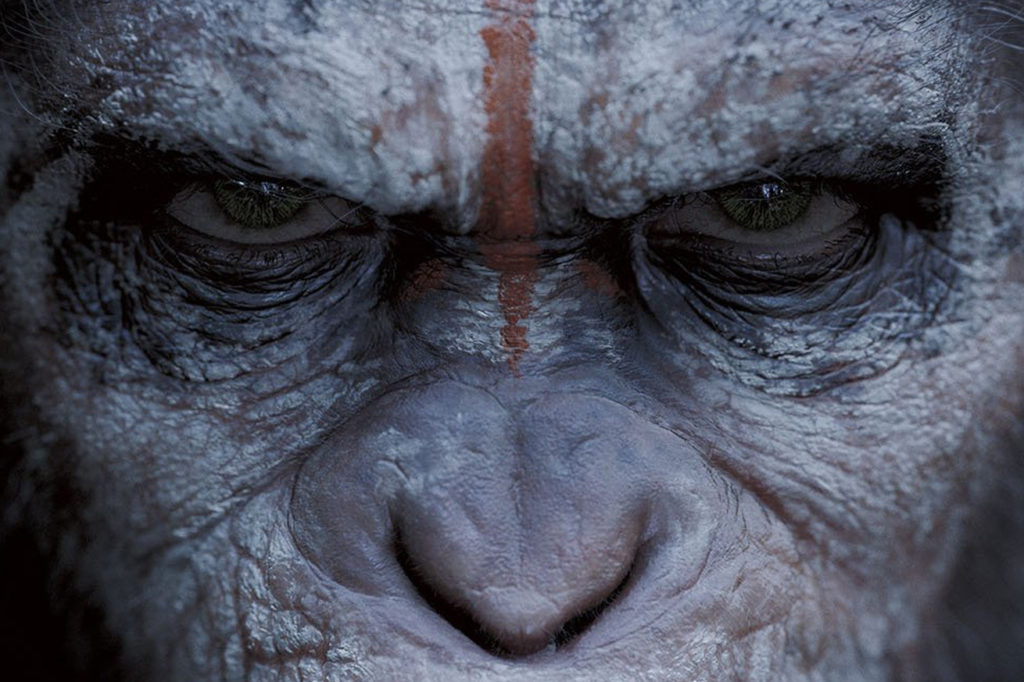 “Get your stinkin’ paws off me, you damn unfunny nerds!”

Right, so that’s how it would have gone had we been in charge of the reboot. Thankfully, we weren’t and The Planet of the Apes Trilogy has grown from leaps to bounds (and that’s just between treetops) to culminate in a near-perfect trilogy not many predicted.

Andy Serkis and his performance as Caesar the Ape has captured the hearts of many filmgoers in recent years, and we here at Unfunny Nerd Tangent are no exception.

Along with returning guest, Stacey, we sat down to discuss the films and other assorted monkey business in our usual tangential way.

And Tim kind of created a DATES podcast crossover on us.

Music by: Michael Giacchino & The Simpsons.

Want more? Discuss the show over at MovieChat.org!