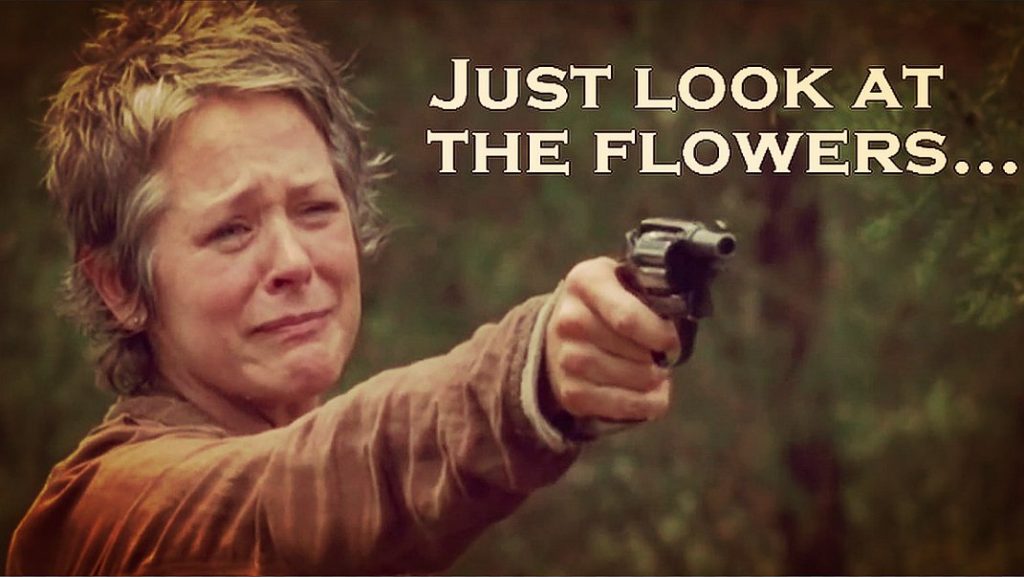 Whatever you call them, zombies, by any other name, have captured the world’s attention these days, and we here at Unfunny Nerd Tangent are no exception.

So much so, we felt the need to talk about not one, not two, not three, but six and a half seasons of AMC’s hit show, The Walking Dead.

Shane, the Governor, severed limbs, missing eyes, the way the comic / television universe timelines seem determined to correct themselves, and of course – Negan –  nothing is off the table as we sit down to talk all things undead.

Oh, and don’t forget to look at the flowers…