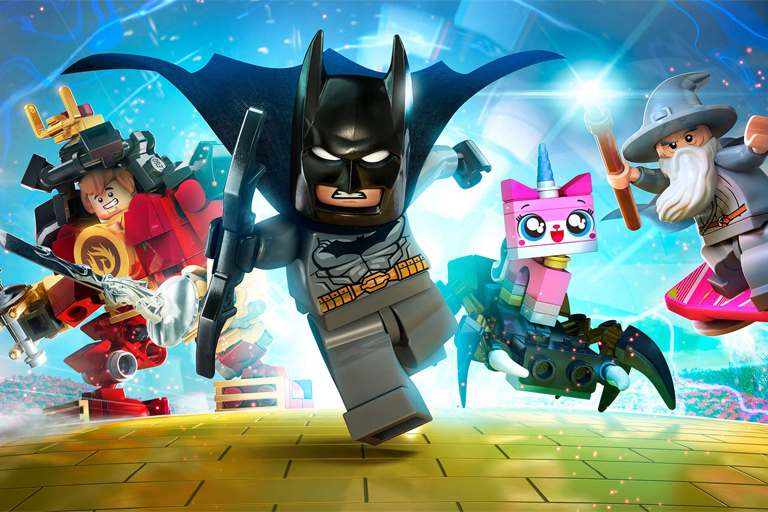 Right now, the 99 Cents Only Store is selling select Season 1 LEGO Dimensions Fun Packs, Team Packs and Level Packs for 99 cents each. As the UNT’s resident LEGO maniac, it is my duty to report when there’s a LEGO deal this ridiculous. If one of these stores is near you, dig some change out of your couch and get down there ASAP.

What’s LEGO Dimensions, you ask? Chances are you’ve played or at least heard of the LEGO video games — LEGO Batman, LEGO Star Wars, etc. LEGO Dimensions takes this gameplay to the next level by adding real-life toys and mashing up dozens of pop-culture franchises. They’ve got DC superheroes, Back to the Future, Lord of the Rings, Ghostbusters, Doctor Who, Adventure Time, Harry Potter and tons more.

Unlike Skylanders or Disney Infinity, LEGO Dimensions requires you to actually play with the toys you’re collecting. You move them around the connected Toy Pad to solve puzzles, then you build and re-build tiny LEGO models to unlock new abilities.

Of course, LEGO Dimensions can be an expensive habit. Although they go on sale from time to time, the additional figure packs can cost between $13 and $30 USD. That’s where the 99 Cents Only store comes in. 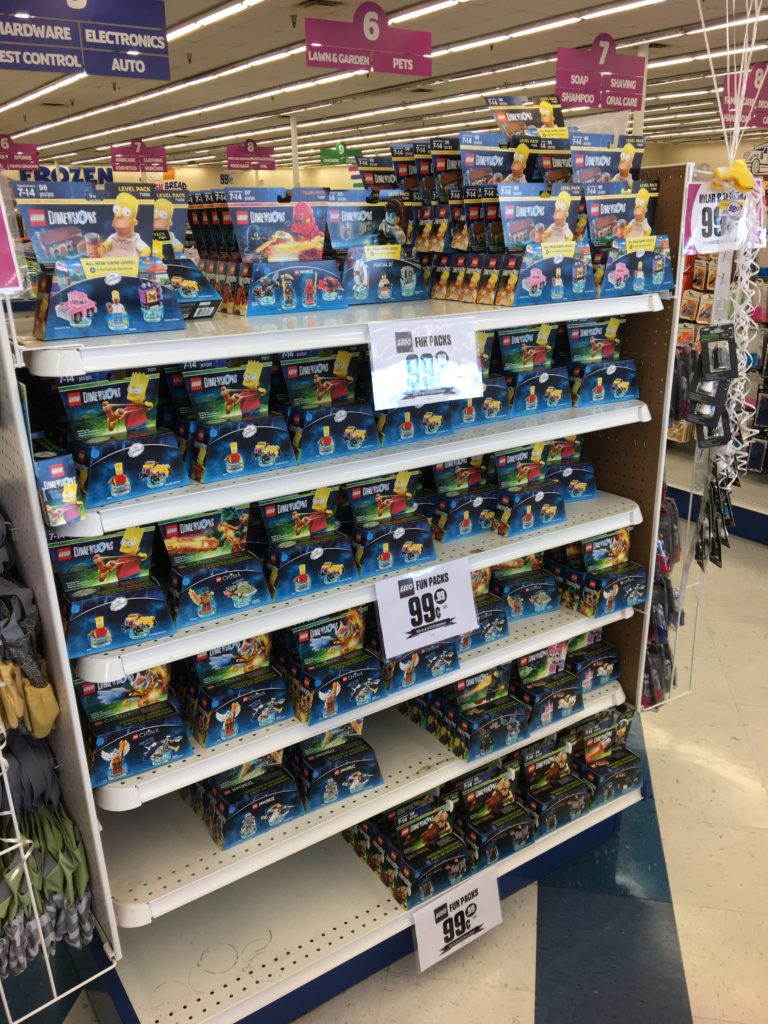 For a few bucks, you can load up on characters for the game. And they’re not just LEGO franchises like Ninjago or Chima (although Cragger the crocodile is super useful). This deal includes the Simpsons Level Pack as well as the fun pack with Bart, plus the Wicked Witch of the West and most of the characters from LotR and the LEGO Movie.

But the real gem is the Portal 2 Level Pack. Even if you don’t have LEGO Dimensions, all good nerds could use a miniature LEGO Sentry Turret and Weighted Companion Cube on their desks. For science.

I’ve been playing LEGO Dimensions with my son since Christmas 2015. While it suffers from some of the smash-and-collect drudgery of previous LEGO games, players who stick it out get rewarded with some delightfully nerdy moments.

Remember Mrs. Deagle, the Scroogey bank owner from Gremlins? In the Gremlins Adventure World, my son disguised Tom Cruise as a cat to sneak into Mrs. Deagle’s house, where he hacked her chairlift and sent her flying out the front window. Yeah, I’m proud of my son for murdering an old lady. This is the only thing holding me over until Derek gets Gremlins 3 greenlit.

If you have a favorite nerd moment from LEGO Dimensions, let me know in the comments.

Deal via Bricks to Life.