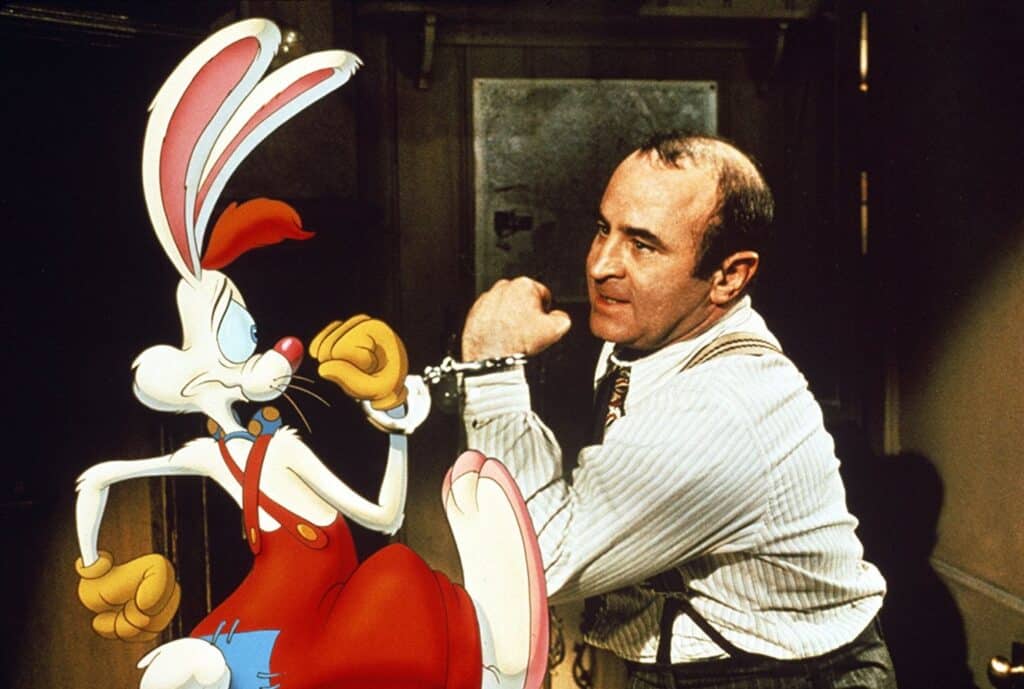 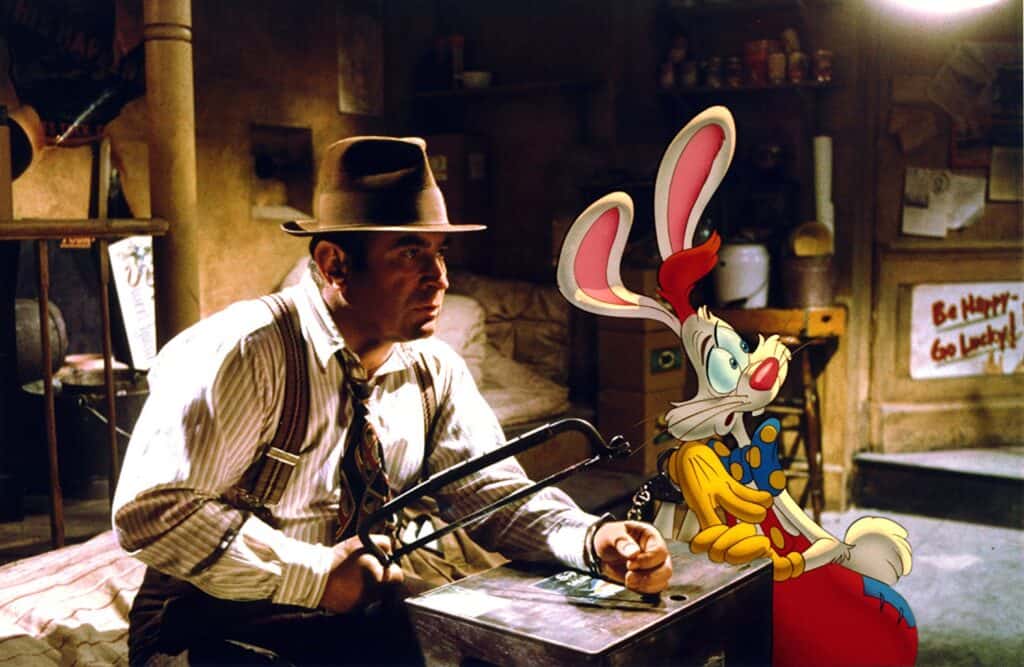 Shave and a haircut… two bits! Just like the toons, you won’t be able to resist our latest episode, as we do a deep dive on a cinematic classic: Who Framed Roger Rabbit.

In 1988, a crazy movie was released that blended the line between live-action and animation, and yet… all we remember are those burning, red eyes and that high-pitched, squeaky voice. Oh, and Roger Rabbit. And Jessica. Mostly Jessica. 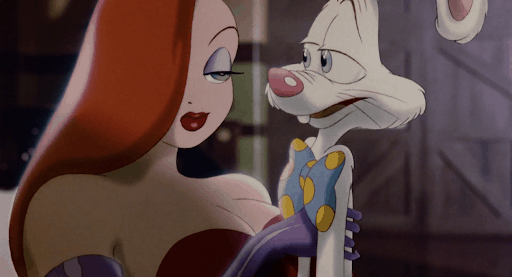 This episode welcomes back Mike Seibert from the Mike Seibert Radio Show (and our Metallica episode) to reminisce about this landmark movie that has influenced filmmakers and animators ever since. Not to mention, our standard, tangential ways lead us down several dip-covered streets, including how Heidi Klum convinced all men that they actually don’t want a real-life Jessica, how Bill Murray, Eddie Murphy and Paul Reubens missed out on this film, bad rabbit costumes and several Back to the Future connections.

She’s not bad… she’s just drawn that way. Purchase your very own cartoon bombshell and take a ‘dip’ with Mon Milfma! With an Unfunny Nerd Tangent shirt, you’ll own Toon Town in no time!