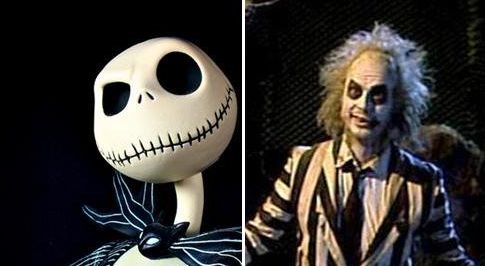 The Ghost with the Most turned 30 this year, and Jack Skellington looks great at 25. So let’s talk about all the weirdo icons that came out of Tim Burton’s head, shall we?

Your favorite Bat-Dads reunite to reminisce (and in Greig’s case, give some first impressions) on the gothic god of gritty, Tim Burton and his seminal films, Beetlejuice and The Nightmare Before Christmas.

So whisper our name three times, kidnap Santa and check out the monster-mentous UNT 60.

And don’t forget, Sally has still got it.

Whether you’re into couch-wrestling Geena Davis or unlacing a piece of Sally, you can quench that thirst with a pitcher of ghoul-aid from  Mon Milfma! If you die in it, you’re stuck in it forever, so always wear your Unfunny Nerd Tangent shirt just in case!