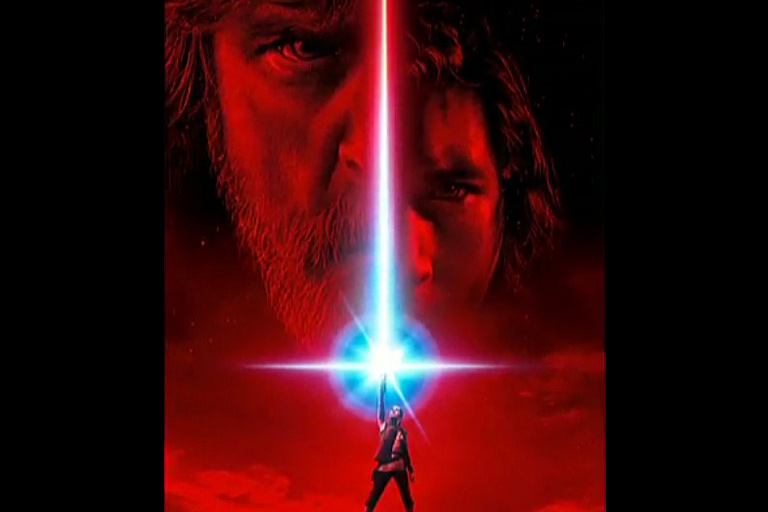 The first official footage of Star Wars: The Last Jedi, aka Episode VIII, hit the internet on April 14 in the form of a 2-minute teaser. Here are the initial reactions from your Force-sensitive #UNT hosts, Jared, Greig and Tim.

My initial reaction to the new trailer for The Last Jedi is that this movie looks great and could hit us with a few surprises. I think the big one is what Luke means with the last line of the trailer with time for the Jedi to end. Is he talking in a more philosophical sense and an evolution to a new Force-based doctrine, or has he transitioned into a Sith himself? That coupled with the knowledge that director Rian Johnson assumes the Jedi in the title to be singular not plural leads me to think this movie could end up darker than Empire. I’m very intrigued to see what goes on in the Ahch-To cave and if we have a very Dagobah moment there.

My fear right now is that this movie will try and take too many beats from Empire much like Force Awakens did from A New Hope. I want to see a new story with a unique plot that expands the Star Wars story and doesn’t repeat it.

I think the action sequences teased in this trailer look great, but I really hope Poe doesn’t lose the black X-wing. I thought that thing was killer. The one thing I am hoping we get is the payoff to the shot of Luke’s hand on R2’s dome that was in the Force Awakens trailers but not the film. All said, I am beyond excited for this movie and can’t wait until we get more than this little teaser trailer.

I like how the opening of this trailer mirrored the opening of the last one, with Rey panicking into frame this time instead of Finn. And clearly she’s out of breath because Luke’s reaction to seeing the first person in who-knows-how-many years holding his (and his dad’s) old light saber is to choke them out like a Gamorrean Guard, right? I’m sure Rey’s safe word is Leia, which probably snaps Kris Kristofferson to his senses.

The shot of Rey looking out to the ocean is reminiscent of Anakin standing before the lake in Attack of the Clones, which helps tie the sequel trilogy to the prequels, much as Rogue One didn’t shy away from using Jimmy Smits’ character of Bail Organa.

Rey’s slow-mo rock lifting seems to remind most people of a similar moment in the Man of Steel trailer, but to me it feels more Dragonball Z, especially since the characters in that series had a ‘force’ of their own to channel their powers. I wonder if Rey will go over 9000 in this film?

The next few shots bring a flurry of thoughts: Seeing Leia reminds me that Carrie Fisher is no longer with us, and no doubt this film will be as bittersweet as watching Heath Ledger in The Dark Knight. The shattered combo of Kylo Ren and Darth Vader’s helmets makes me question just what path Luke’s former disciple will go down in this film. Having already shunned Luke’s teachings, has he now forgone his Vader worship as well? Someone’s hand brushing an old Jedi book is mysterious as all Hoth, and the long-distance training shot is something Mr. Miyagi would be proud of.

Cracked, white earth and red dust seems to have replaced the snow landscape seen at the start of Empire, and while the AT-AT remains one of the most intimidating military vehicles in all of science fiction, I really hope this movie isn’t a formulaic copy of that film, just as The Force Awakens was criticised for taking on too much of A New Hope.

Shots of space battles and the Falcon are always  sure to please the masses, but I was more interested in the fiery scenes of what looks to be the ruins of Luke’s Jedi temple. Could we get the saga’s first flashback scene in this film? Or is it clever editing at play? Time will tell, but to me, these quick glimpses are what have me the most excited – the potential of seeing a Luke / Kylo confrontation, especially after losing Han, is what I’m clamoring for most.

The last line of the trailer has created the most intrigue. Has Luke gone all Baron Mordo, deciding to rid the universe of his own kind for the benefit of man, or is this one of those Yoda-like play-on-words that could mean something else entirely?

Personally, I really can’t see Luke being any kind of ‘dark Jedi’ or even turning in any way. Not only did he see first hand (and its replacement) what it did to his father, but now his prized pupil has fallen prey to the Dark Side as well. It isn’t in Luke’s character to go bad, but then, we haven’t seen him for 30 years. Maybe he’ll disavow the Jedi in favour of a new ‘in-between’ force religion. If there must be balance, then what better way for the lone Jedi to balance the light and the dark in his own New World… uh Jedi Order?

All in all, the teaser trailer was good, but not great. There will of course, be more trailers before the film is released, but ultimately, I’m looking forward to this middle chapter of the Star Wars saga.

Here are a few things we know:

The ‘SEAGULLS!’ song is canon now: Breathe. Where have we heard that before? You’re damn right — it’s Bad Lip Reading’s absurdist Empire Strikes Back earworm “SEAGULLS! (Stop It Now),” around the 2:31 mark. That song has been stuck in my head since Christmas, and clearly it haunts Old Man Luke. I mean, look where he lives. No way you can escape seagulls on that island. We don’t know if Luke is the last Jedi, but we can be pretty certain that he WILL get hit by a boulder in this movie, just as Yoda foretold. And speaking of rocks …

Rey can fly: One of the greatest mysteries of the Force is why its most powerful users can’t fly. Mace Windu gets pushed out a window and dies like a little bitch. Palpatine falls down a hole, which prompts Luke to spend his life studying this ancient Jedi shortcoming. Luckily modern cinema has a language for learning to fly. Zack Snyder established it in Man of Steel. It goes like this: You put your hand on the ground, and tiny rocks start lifting up around you. Get ready for UP, UP AND A REY!

Finn is hurt worse than we thought: After his battle with Kylo Ren in The Force Awakens, we originally placed FN-2187 on the 10-day disabled list. Now it looks like Finn will miss an entire Episode. As punishment for his unsportsmanlike violation of franchise light-saber protocols, Kylo Ren has been fined 10,000 First Order credits and one Darth Vader helmet. He’s not happy about it.

Same old Poe: Fans of Oscar Isaac’s relentlessly charming Poe Dameron were hoping to see an expanded role for the character in Episode VIII. We already know Finn will be in bacta-sleep the whole time, so that b/romantic relationship is on pause. This leaves Poe with nothing to do but the tired “my ship got blown up” routine. He’ll probably lose his droid while he’s at it. Yawn.

Red dirt is the coolest: I visited Sedona, Arizona earlier this year, and I didn’t think I could be any more excited about red dirt. You guys, I was wrong!

Now I think we can safely say that they gave the whole damn movie away in a two-minute teaser. The only surprise left is how they’re going to Furious 7 Princess Leia out of this beautiful fanfic. Please don’t spoil that for us, Disney.

How did the The Last Jedi teaser change your life? Let us know in the comments or get @ us on Twitter