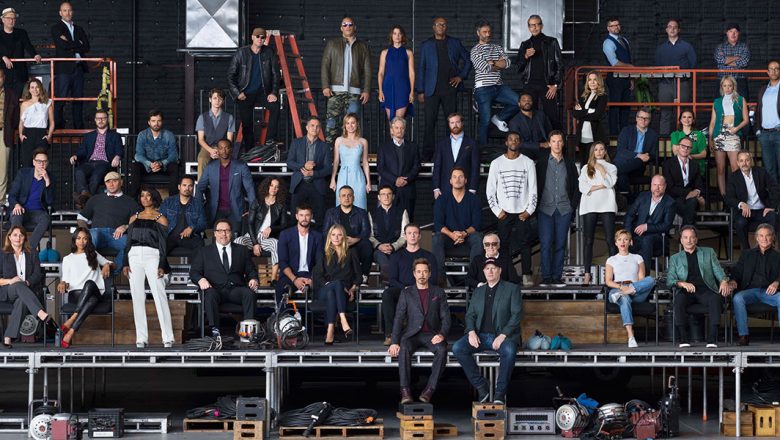 As we prepare for the release of Avengers: Infinity War, the time has come to go back and see where it all started.  From an offbeat and original beginning to the most successful superhero movie of all time (Wakanda forever), we will see the highs (and consistent lows) of one of the most ambitious film projects ever assembled.

Part of the reason for this was the unconventional casting of Robert Downey Jr in what has become his signature performance, and the fact that the general public didn’t know much about the comic.  Iron Man had a sense of originality and freshness that had been lacking from almost anything that came before it.  Complete with a great villain (Jeff Bridges), excellent action set-pieces (who knew Favreau could work outside of comedy?), Iron Man still remains one of the best films in the MCU.

Best moment:  Iron Man walking away from an enemy tank after hitting it with a missile, not bothering to turn around to watch it explode.

The bump in the road begins almost immediately with the second film in the series.  The Incredible Hulk has a lot wrong with it, the most obvious being Edward Norton, who even had he remained as Bruce Banner, is not suited to it.  He plays the tone completely wrong, he plays it like Edward Norton.  Take any scene of dialogue and it can be easily inserted into Fight Club or The Italian Job.  Just as Michael Caine should never be cast in a science fiction film, Edward Norton should never be cast in a comic book movie.

Another issue is the digital effects.  Despite the fact that the action scenes are very well done, particularly the campus fight scene with Tim Roth, the Hulk doesn’t resemble either Eric Bana’s monster or Mark Ruffallo’s.  The only real connection to the other films is the first post-credit scene with Tony Stark, but aside from this it has little to glue it together with the rest of the series.  To date we are still waiting for a good Hulk film.

Not so much a bump, more of a slow crawl, Iron Man 2 goes back into the right tonal direction (with Favreau again directing), but the film is simply too average.  Too predictable, too derivative and makes the Iron Man character, who was so fresh in 2008, seem stale already.  Mickey Rourke and Sam Rockwell shine in the protagonist roles, the introduction of Whiplash in the Grand Prix fight scene is fantastic, but there’s not much here.

If anything the film deserves slight credit for introducing Don Cheadle as Rhodes, a huge improvement over Terrance Howard.  Black Widow makes her first appearance but in this film, as with every film that follows, she is good to look at but not much else.  Iron Man 2 also has the rare achievement of having one of the stupidest scenes of the last decade where Stark has an engineering mumbo jumbo montage and creates a new element… yeah…. what?

Back to basics, Thor brings fresh life into the series for more of the same reasons Iron Man was so good.  It’s an origin story, the character is not well known to non-comic book fans, and Hemsworth is perfectly cast.  Kenneth Branagh does surprisingly well given his previous credits include Hamlet and the terrible Frankenstein film that no one seems to remember.  Despite his previous work, Branagh does well to maintain the tone and humour that was established with Favreau. Even the cinematography looks similar.

Natalie Portman and Stellan Skarsgard are fine in supporting roles, Anthony Hopkins has fun chewing the scenery and Tom Hiddleston makes his debut as Loki.  It says a lot that I have only seen the film once but remember nothing of the plot.  I only remember that I enjoyed it more than Hulk and Iron Man 2… not exactly praise, but it could have been worse.

The *first* movie in the Marvel Universe (chronologically) takes us back to yesteryear America before the outbreak of WWII, complete with USO shows, newsreels, Nazis and the most honest and pure hero since Christopher Reeve’s portrayal of Clark Kent in the Superman: The Movie.  Chris Evans is perfectly cast and the movie is inspiringly old fashioned, feeling tonally like a companion piece to Indiana Jones or The Rocketeer (also directed by Joe Johnston).

The movie has enough action to satisfy all audiences and is surprisingly emotional; “I had a date”.  The only flaw of the movie is that the ugly digital photography.  As far as I know all films in the MCU might have been shot on HD, but this is the only one that looks every bit of it.  Some of the fight scenes, with all the frantic movement, look like a scene from Michael Mann’s Miami Vice.  Horrible.

Best moment:  Cap takes a grenade for the team, earns the respect of Tommy Lee Jones.

Once (or if) you can get past the first 20 minutes (which are fucking awful, confusing, unfocused and badly acted) you get to one of the more enjoyable, although not the best, films in the MCU.

Joss Whedon has always been an overrated writer.  He thinks he is Aaron Sorkin/David Mamet for millennials but his stuff just reads like Gilmore Girls.  Rapid dialogue doesn’t make great humour and the only actor given anything substantial to do is Chris Evans as Cap.  Downey Jr is starting to look bored in the role (more on that in future) and Chris Hemsworth somehow lacks the gravitas he embraced so well with the original Thor.   Mark Ruffalo makes his debut as maybe the best Bruce Banner to date, but he is side-tracked with Black Widow and never really feels like part of the actual team.

Disappointments aside, one thing that makes the film work is the truly epic sized set pieces that tie it all together and the novelty of seeing these characters share the screen time.  However, a film cannot be a cavalcade of great moments and fan-service.  You need something to string it together into a coherent and intriguing narrative.  In that sense the film is a total dud, but it made over a billion dollars at the box office, so it’s no wonder they remade the film three years later with Avengers: Age of Ultron.

Best moment:  The single tracking shot during the finale of the superhero team working together.

In the second part of this piece we will see that as the box office keeps blowing up, the MCU starts to find its feet.  Still a few stragglers, but the overall quality is cranked up a notch with Iron Man 3, Thor: The Dark World, Captain America: The Winter Soldier, Guardians of the Galaxy, Avengers:  Age of Ultron and Ant-Man.